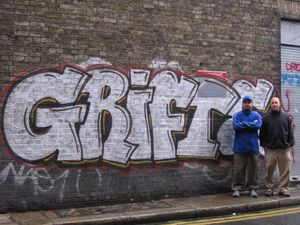 The year was 2006, and as Jeff says in one of his posts, the only thing that has remained constant in the life of The Grift is… 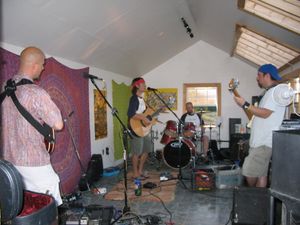 The band revisits the year 2005 in the history of The Grift series, another year of the band that saw the continued lineup of Clint, Peter, Jeff and… 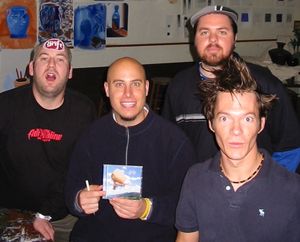 We carry on with the year 2004 in the history of The Grift series, a huge year for the band. So many highlights to this year, with the biggest probably being… 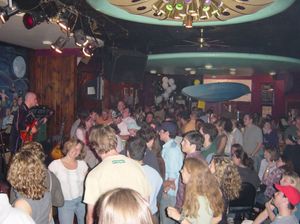 We move on to 2003 in the history of The Grift series. 2003 was another year that brought some significant changes to the lineup and the evolving… 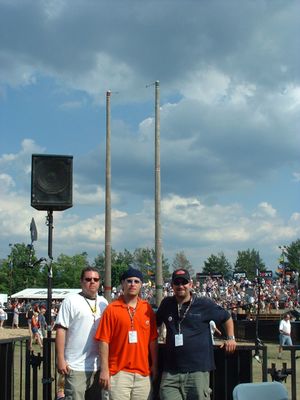 Photo of the newly formed power trio at The Great Outdoor Games in 2002. The Grift was ESPN's house band for the company party in Lake Placid, NY 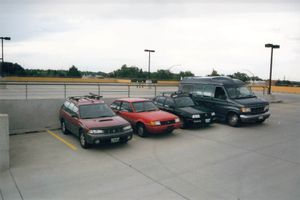 Ladies and Gentlemen...The Ayatollah of Rock-n-Rolla! Check out Big Gil (Clint's dad) in the background...Photo courtesy of Jeff

We continue our history series with the year 2001. The band was still in Boulder and was getting ready to release their… 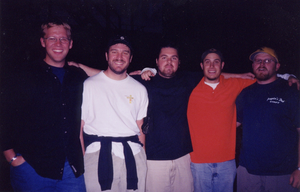 Onto the second installment of The History of The Grift, the year 2000. With the dawn of the new millennium, The Grift (called Sunday Slide at the beginning… 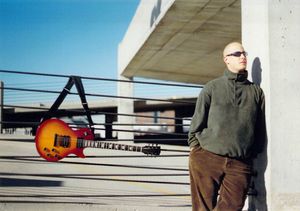 Picture - One of the gems from the $6 Sunglasses photo shoot

The History of The Grift Series

In our 21st year together as a band, the dumpster fire that was 2020, we decided to run a 21 part series in which we remember (what we can) about the history of the band. If you have joined our mailing list, you will see these post alerts come to you in email form when they go live. Take a walk down memory lane with us. We have really enjoyed playing music together for all these years, and we hope to continue for many more to come. We love to relive these memories with all of you. Many of you were there:).

For the year 2006 in the history of The Grift series, Peter and Clint put together a video of a deep cut called "Tell Me". It was a song we played live a ton in that year. It was a song with a lot of energy that was (and still is) a ton of fun to play live. It features a killer solo by Clint on the acoustic guitar, and some amazing lyrics and harmony by Peter, with the best ending yet. Thanks for watching!

The song for 2005 is another one off Life Beyond Aluminum, in fact it's kind of the namesake of the album. Enjoy this great acoustic version of Aluminum with a little backstory by Peter, who wrote the song with a little inspiration.

Read all about what we remember from the year 2005 in our HOG blog. Thanks for watching, and make sure to subscribe to our YouTube channel!

In the winter of 2004, when we decided to work with producer Gary Mallaber on the upcoming album, we had to send him some songs to see which ones he was interested in helping with. To do so, we set up our instruments and PA in Neil’s garage and recorded a live demo.

In the winter of 2004, when we decided to work with producer Gary Mallaber on the upcoming album, we had to send him some songs to see which ones he was interested in helping with. To do so, we set up our instruments and PA in Neil’s garage and recorded a live demo.

It was a mix of established songs, some newer songs, some we were playing for almost the first time ever, and some jams that we just recorded that ended up becoming songs. We recorded live via a stereo mic direct to minidisc. It’s fun for us to listen to now because it’s really indicative of our live sound at the time.

This is volume 2 of that same session.

Song/Video for 2004 - In Between Takes (acoustic, Peter and Clint)

The song for 2004 is called In Between Takes from The Grift's release, Life Beyond Aluminum. This is a great acoustic rendition of the song, performed by Peter and Clint.

2004 was a big year for the band with recording and release of this 11 song album. It was the lineup of Clint, Peter, Jeff and Neil, with the help of producers Gary Mallaber, Dave Koltai and Greg Tobler (who also engineered). Recorded at Audio Magic studios in Buffalo, NY, the band rented a house next door and lived there for the entire month of June that year to be fully immersed in the recording process. Thanks for watching, and be sure to subscribe to our YouTube channel!

Zoom Video with some (HILARIOUS) 2000 Memories